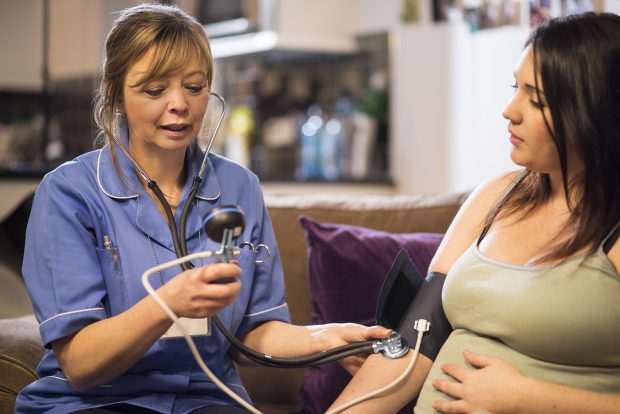 I recently heard the nurse Barbara Stilwell speak about Nursing Now, a Global campaign to raise awareness of the role of nurses. She described how every time nurses impart knowledge to women, they empower them and in turn contribute to gender equality.

This resonated strongly with me, particularly in relation to the role of midwives in the UK. The all-encompassing role of midwives in women’s lives is perhaps not always recognised or indeed visible to the masses. The role of the midwife goes beyond a focus on pregnancy and birth, with midwives often becoming a woman’s confidante and their advocate. Midwives are caring for women and their families in an increasing complex society.

This includes supporting and defending the rights of vulnerable women who may be homeless, experiencing domestic abuse or have mental health problems. Their role in health promotion is pivotal, and can have a long-term positive impact on women and their family’s health.

Midwives are tasked with disseminating a large array of knowledge to the women they care for, this aids women’s decision making, increases their confidence and ultimately enables them to feel empowered throughout and beyond their pregnancy and birth. These are often the ‘unseen’ parts of a midwife’s work, yet they can have far-reaching positive consequences on women’s lives. I term this ‘The midwife effect’, an effect that has the ability to empower women physically, psychologically and socially. Often implicit rather than explicit, ‘the midwife effect’ constantly underpins a midwife’s care and needs to be recognised and celebrated by all.