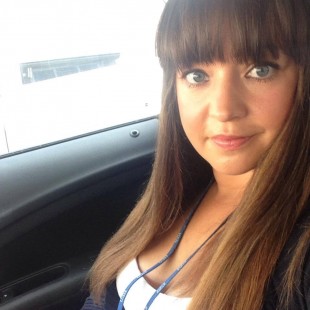 We know that individuals, communities, educational establishments and health services all have a role to play in tackling obesity, and because of recent steps, while we have seen rates of obesity level off more, there is no room for complacency. It’s estimated by the Royal College of Physicians that costs due to obesity will double from 5bn to 10bn by 2050 per year. That’s why early intervention with young children is so important.

This can only be done through partnership between national and local government, and collaborative working across disciplines.

To help tackle obesity in Warwickshire, health visitors initiated an ‘Early Years Obesity’ project to reduce the incidence and prevalence of childhood obesity in 0-5 year olds. HENRY (Health Exercise Nutrition for the Really Young) was identified as an evidenced-based programme which could work in the area. The project involved training all Health Visitors and community nursery nurses in the HENRY core programme. Additionally some Health Visitors would be able to deliver 1 on 1 or group sessions for those children identified as being overweight / obese.

One case study gives us insight into the kind of success this programme can have.

A family with two children transferred into a new geographical area and a home visit was arranged by the health visitor. A history of obesity was documented in the child’s records and no improvements had been made regardless of previous interventions. Because of this, the child had been referred to the community paediatrician and was awaiting assessment.

The family and health visitor then explored any needs regarding the family’s lifestyle together. Weight issues, activity levels, food choices, parenting styles and emotional well-being were all considered. The health visitor was then able to work alongside the family, encouraging them to identify and set their own realistic goals, making small changes to their family routines. One of the changes that were made was to eat meals together, as a family at the table – instead of in front of the television.

At the first visits with the family the parents were anxious and defensive when the child's weight was taken, however, as the weeks progressed and a HENRY approach was used, the parents became not only very open to discussion, but were able to come up with their own targets of small changes as a family.

By working in partnership and enabling the family to decide their own goals, this family made several changes to their lifestyle which not only had an impact upon the child but also on the whole family. Together the family learnt how to prepare and cook family meals using fresh ingredients and understood for the first time that the two year old did not require food portions the same as the adults. The family successfully initiated and sustained small changes such as eating meals together at the table rather than in front of the television and enjoyed activities together including regular family bike rides.

Health visitors are in a prime position to have a great influence and impact upon families’ choices when a partnership approach is utilised, and if the health visitor had not undertaken the HENRY training and utilised this approach within the visits, these small but effective changes may not have happened.