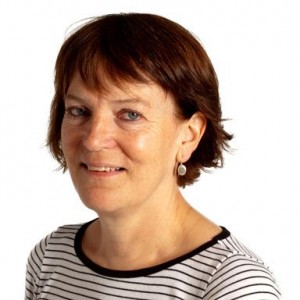 As part of our engagement week, Protecting Health: Nursing and Midwifery Successes and Challenges, and to start our day's theme of immunisation, we are pleased to be able to introduce a guest blog from Dr Helen Bedford, Senior Lecturer in Children's Health at UCL Institute of Child Health.

Articles about immunisation often begin with a statement about its value as a public health intervention, second only to clean water in its impact on preventing disease. I thought I would be different but when I looked at the data again, they are so impressive as to be well worth emphasising. In the USA alone it has been calculated that since 1924, 103.1 million cases of seven diseases (polio, measles, rubella, mumps, hepatitis A, diphtheria and pertussis) have been prevented solely due to vaccine programmes. Since many of these infections can result in long term complications or even death, the enormous contribution immunisation programmes make to protecting the health of the nation is clear.

Most childhood vaccines are administered by practice nurses and school nurses. Although health visitors are less involved in administration, they offer advice to parents about immunisation and often answer queries and concerns. So it’s fair to say that the bulk of immunisation work is undertaken by nurses, as it should be.

2013 was a busy year for those involved in childhood immunisation. Not only were two new vaccines introduced - rotavirus and universal influenza vaccine (starting with the 2-3 year olds) - but the timing of doses of meningococcal C vaccine changed, with one of the infant doses dropped and a booster dose offered to teenagers. This was against a background of major changes to the NHS and organisation of public health. Despite the potential for major problems, PHE reports the introduction of these vaccines has gone smoothly, in no small part due to the dedication and hard work of nurses.

In England, vaccine uptake overall is high, with over 96% of two year olds fully immunised with the primary vaccines, a level which exceeds the WHO 95% target and, following a decade of poor coverage, at 93%, uptake of the first dose of MMR has not only recovered but is even higher than before the safety scare. However, there is no room for complacency. These overall high rates mask pockets of poorer uptake. Those at risk of poorer immunisation uptake are well established: a combination of the disadvantaged with difficulties accessing services, children with existing health problems or disability for whom immunisation may be overlooked or where there may be confusion over contraindications (in reality there are few valid contraindications).

A minority of parents reject immunisation in the belief it is neither safe nor effective, still more parents are hesitant about vaccines. As the immunisation schedule expands and increases in complexity, we may see more parents in this latter group. Evidence shows that having a discussion with a well-informed, trusted health professional can influence a parent’s immunisation decision and can even lead to acceptance of previously rejected or delayed vaccines. This underlines the importance of immunisation training for health professionals, not least to equip them with the skills needed to discuss parents’ often complex questions. The MMR debacle shows how quickly the public can lose trust in vaccines as a result of unfounded scares. We will be less vulnerable to vaccine scares in the future by ensuring the immunisation workforce has all the skills required, including in counselling parents, to continue to deliver our highly successful immunisation programme.

Why not make a commitment to making a difference in this area by making a pledge as part of NHS Change Day. Go to Protecting Health Campaign Pledge to sign up to our pledge or make your own by visiting NHS Change Day