At the end of #weactivechallenge 2018 I wanted to put pen to paper to thank the @wecommunities team for running another successful campaign and to share my experiences from this year's challenge.

This is the fourth year of the #WeActiveChallenge social media call to action to encourage healthcare professionals to be a bit more active than usual and post photos along the way. It is also a competition between the professional communities which adds an additional layer of excitement.

I always enjoy this challenge as it provides a focus and an added motivation to #loveactivity (can’t miss an opportunity to plug for this great campaign from the Chartered Society of Physiotherapy). Previously I’ve challenged myself to try a new activity every day, see my blog from Zumba to cartwheels.

This year, inspired by a tweet from @WeAHPs, I decided to set a goal to run 5 km by the end of August. This was a massive challenge for me. I have never mastered running. Despite a few feeble attempts I haven't succeeded in getting past the 2 km mark. Visions of me running would be red-faced, struggling for breath, every step an effort with a ‘can I stop yet’ mentality.

I have always admired people who go out for a run and actually enjoy it, not to mention those who enter races and run MARATHONS!!!! I've listened to friends and colleagues describe running as something they love; a chance for ‘me time’; something they miss if they don't do it; and I've heard people describe ‘being in the zone’. I wanted to experience this elusive feeling .

I tweeted my intention and that was it: I had publicly said I was doing this, so there was no going back. I was surprised and delighted by the response to my tweet. There were words of encouragement, sharing of experiences from those who had already been on this journey and professional advice such as getting the right footwear. Best of all were friends and colleagues who decided to join me. 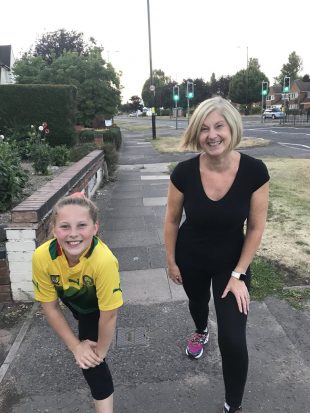 So equipped with Public Health England's couch to 5K app I began the journey. For anyone who hasn't seen it, this app is fantastic; it guides you gradually as you build stamina. My coach (Sarah Millican – you can choose) told me when to walk and run and gave a few tips and words of encouragement.

Couch to 5K is intended to be a nine week programme so I have to admit to not following it to the letter because I'd set my goal of achieving the 5 km mark within four weeks. I wasn't exactly starting from the couch so I pushed myself to progress a little more quickly.

The #WeActiveChallenge encourages participants to regularly tweet photographs about their journey. It was fantastic to do this and receive positive feedback from colleagues. I was delighted to hear that I had inspired others to try running or return to running and it was brilliant to receive words of encouragement. One that sticks in my mind was that it doesn't matter how fast you run just keep going and build your stamina. 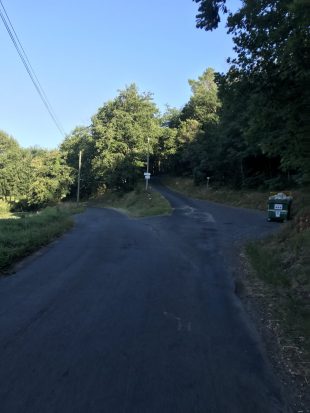 This journey reminded me of the importance of peer support for behaviour change and highlighted the extent to which technology is now facilitating health improvement. In my case technology played a role in several ways: the power of social media, the couch to 5K app, the ability to play inspiring music during the run and my fit watch to monitor progress. 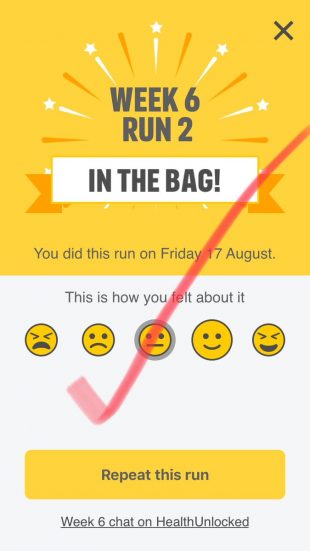 On the final day of August I set off to achieve a 5K run for the first time and managed to run for 7 km (this wasn’t intended but I’d accidentally paused the app in the middle so didn’t know when to stop). I can honestly say that at the end of the 7K I could have continued running. I have truly never experienced this before and I could not believe my achievement. I have even found myself looking forward to my next run.

Whilst I was reasonably active prior to this I had never been able to be a run so when Sarah Millican announced on the app that I was officially a runner, I was over the moon. Honestly if I can do this you can too. Set a goal, download the app and find some supporters.

As health care professionals we know the importance of promoting physical activity. Helping our patients and service users to increase their activity levels at any stage of life has the potential to improve health and quality of life. Apps such as couch to 5k, and Active 10 from PHE (which I’ve blogged about previously) are useful tools to support these conversations. 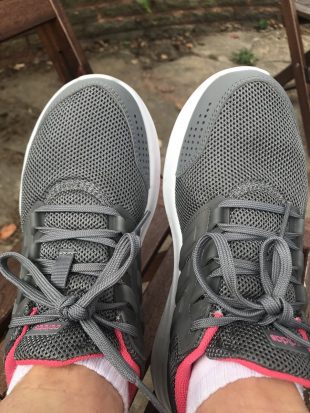 We would love to hear from colleagues who are already using these in clinical practice and would be willing to work with us to develop case studies.

You can also use the All Our Health Physical Activity topic to build your knowledge and confidence in supporting others through your practice to get people more active.