On the 28th of July me and seven other young people had the opportunity to go down to London to be a part of the School Nurse International Conference.

Before this event we found out a little bit about schools nurses, about the role we would have within the event and the reason why nurses from all over the world come together in one place to see how they can make a more positive influence within their country/ communities. I felt at this time that the event would be a great way to show that we as young people care about the future we are growing into, that we are thankful for the work nurses do and also to paint a more positive picture of how young people really are instead of all the negative opinions that young people face.

Something the group had wanted to do was present themselves at first as how a lot of  people view young people, we all put a 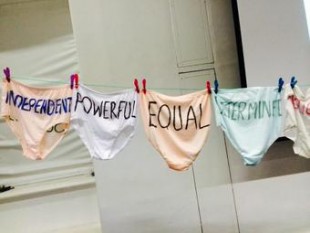 hoodie top on and we put up pants on a washing line on the stage saying words such as "lost generation, ignorant and useless". These are words that we feel are used wrongly and our aim was to make sure that we left the conference giving the adults a totally different view of young people by turning the negative comments on the pants around and showing the real side of young people using positive words that we felt best described us and other young people. For example "future generation, passionate and motivated". Also part of our role was to split up into groups and to go around to interview as many people as possible at the event so that we could get a understanding of how they felt the event was working, how we could make stronger links and how strongly they felt about making positive change together.

During the event we had the privilege to listen to a number of speeches and presentations and a chance to be a part of other people’s work. There hadn't been a particular part of the event that I enjoyed the most because I loved every single bit. I constantly felt inspired all the way through, at the end of each night I would go back to the hotel feeling really motivated, happy that I had taken up this amazing opportunity and even more excited to see what the next day would bring. Knowing that I am with people from across the world, we are all in one place, believing in the same fight and working together so that our work can be shared, improved and implemented throughout countries makes me proud of myself, the team I was with and all those across the world striving to help those in need. 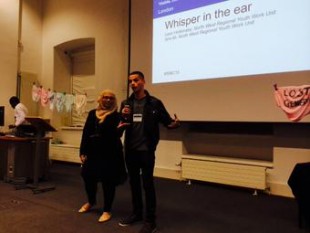 strong children then to repair broken men." This quote made me think about those who suffer in silence, those who are rejected in society but most of all those like all the school nurses who go out into society day after day to help improve people's lives, provide hope and belief. Not because its their job but because they care; care about their society and care about our future and the well being of the people on this planet. The quote also made me realise that there are far too many times that we are avoiding problems that face us and once that problem has been avoided it is much harder to go back to the problem and find a solution then what it could have been to fix the problem in the first place.

Thought-out the event I gained a great understanding of the valuable role of a school nurse, it opened my eyes to realise that work like this happens all other the world and not just in this county. It makes me proud to be in such a diverse place not knowing a single person but knowing we share a passion to help those in need and to help improve life's. What I take away from this event is the belief that together we can make this world a much better place for us all, that where ever you go in what part of the world someone somewhere will be there for you to be heard and no matter the problems we face together we have hope. I struggle to put into words how moving this event was and how proud I am of those involved. I thank you all.

Leon Hollinrake is from the North West Regional Youth Unit

The School Nurse International Conference took place in Greenwich, London, between 27-31 July 2015 and involved over 300 delegates from around the globe.