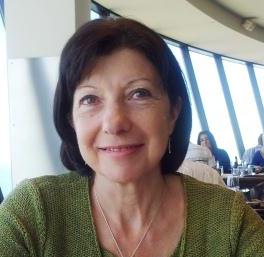 Our second blog of the day on tuberculosis is by a new member of our team, Jean Christensen, Professional Officer for Nursing and Midwifery Care, and reflects on both a personal connection to this disease and the particular elements of TB as relate to the care of children and younger people.

The death of one of my parents some years ago prompted me to want to find out more about my family history. Like many others in the same position I wanted to capture as much information as I could about them before it disappeared forever. It took me two years to complete a photographic family history and what shocked me the most was to find out that two of my great great aunts died within the space of one year at the age of 19 and 26 years from TB. Having children of my own I tried to imagine how I would have coped with losing two of my children to a disease like TB. The thought was so painful that I could not bear to think about it for more than a minute – yet for families that lived prior to the discovery of antibiotic treatment for TB this scenario was common place.

Since the advent of effective treatments for TB our collective memories of this contagious and deadly disease have dimmed. However, TB is a very resilient bacterial infection that has been around since ancient times and can infect not just the lungs but also bones, joints, glands and kidneys. It can even cause meningitis. Many forms of TB can be cured with prolonged antibiotic treatments, but there are also forms of TB that are drug-resistant. TB can also remain dormant (latent TB) and become active at a later date when the immune system is weakened. It is estimated that one-third of the world’s population is infected with latent TB, and about 10% of those will become active at some time. This means that TB is anything but a disease of the past; in fact nearly 9,000 cases were reported in the UK in 2011.

Community nurses, midwives, health visitors, school nurses and general practice nurses are in the front line in the battle against TB. Their knowledge of the communities in which they work makes them ideally placed to identify the symptoms of TB (persistent cough for over three weeks, weight loss, night sweats, high temperature, tiredness/fatigue and loss of appetite) in individuals that they visit, and populations that may be at higher risk. Two-thirds of cases diagnosed in the UK originated from other countries, so inner city London and other areas of England with high densities of migrant populations should be targeted for screening (Mantoux test) and BCG vaccination offered if needed. BCG is not one of the routine vaccines that are offered as part of the childhood immunisation programme so the vigilance of nursing staff and midwives is vital in preventing the spread of this disease. This is especially important for children who have arrived from abroad as they are particularly vulnerable if they have arrived from countries with a high prevalence of TB.

Staff also need to ensure that they have been screened for TB and have received the BCG vaccine if needed, thereby protecting themselves and their own families as well as the families that they are in contact with in their day-to day work. If we are all vigilant in our efforts against TB then the anguish that was suffered by so many families prior to the 1940s may be permanently consigned to history.

For more information about the treatment and prevention of TB see NICE Guidelines available at: http://publications.nice.org.uk/tuberculosis-cg117 .

Check out these case studies on TB which demonstrate the importance of effective screening and treatment: TB case studies